MY BABY IS BURNT; PLEASE HELP

BABY WITH ‘BACK TUMOR’

PLEASE HELP SAVE MY BLIND DAUGHTER

PLEASE HELP ME GET MY HIPS BACK

by CrimeCheck Ghana
in philanthropy
0

Management of Crime Check Foundation, CCF, has presented a two-bedroom house to a poor widow coconut seller with four children. The story of Obaa Yaa came to the attention of the management of CCF through some workers of the foundation, while she was selling coconut on the streets of Accra.

Mr. Ibrahim Oppong Kwarteng, the Executive Director of CCF told crimecheckghana that the story of Obaa Yaa, who is widowed was a difficult one for the foundation.

He said having lived with four children to take care of, the lady decided to poison herself but was rescued by a good Samaritan. He added that, the foundation decided to surprise the poor widow with a two bedroom house since Obaa Yaa and her children have lived as squatters after the demise of her husband.

Mr. Kwarteng told crimecheckghana that the structure was put up by the foundation and support of generous Ghanaians in and outside the country. 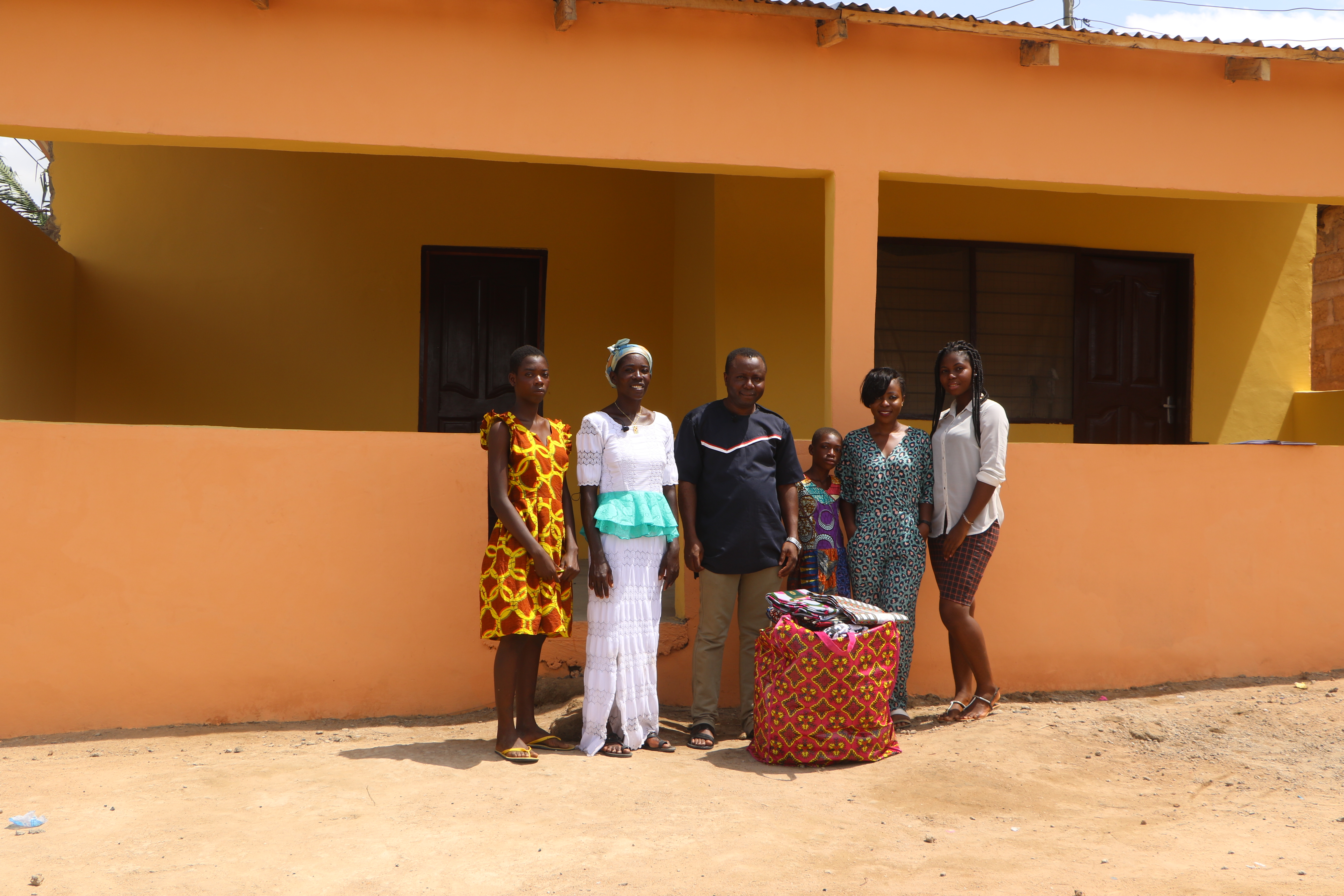 Obaa Yaa couldn’t hide her joy as she couldn’t believe she was now a landlady. She expressed her sincerest gratitude to the foundation and all who supported her in kind and cash.

Crime Check Foundation, CCF has made a deposit of Fifty Two Thousand Ghana Cedis (equivalence of 8,965 USD) at the...

40 year old widow, Afia Asantewaa’s life is plagued with misery as her left hand was chopped off through a...

HOW CAN A HUSBAND BE SUCH HEARTLESS?

“My husband told me to allow him have foreplay with me because his sister will be coming to live with...

4 year HIV/AIDS orphan patient, Dora Quaytsu who hails from Ningo-Prampram, a suburb in the Greater Accra Region of Ghana...

THE FAILED LIFE OF A 27 YR LADY

27 year old, Ama Webaporra who hails from Navrongo in the Northern Region of Ghana tastes the bitter side of...