Christian Atsu warms hearts; helps ex-convict to set up his own business

MY BABY IS BURNT; PLEASE HELP

BABY WITH ‘BACK TUMOR’

PLEASE HELP SAVE MY BLIND DAUGHTER

PLEASE HELP ME GET MY HIPS BACK

Christian Atsu warms hearts; helps ex-convict to set up his own business

Black Stars & Newcastle midfielder, Christian Atsu has warmed the hearts of many after helping a freed prisoner, Amo Mensah, to set up his own business.

Christian Atsu in collaboration with Crime Check Foundation has helped the said ex-convict to start a business of his own, as part of his support to CCF’s Reintegration project. 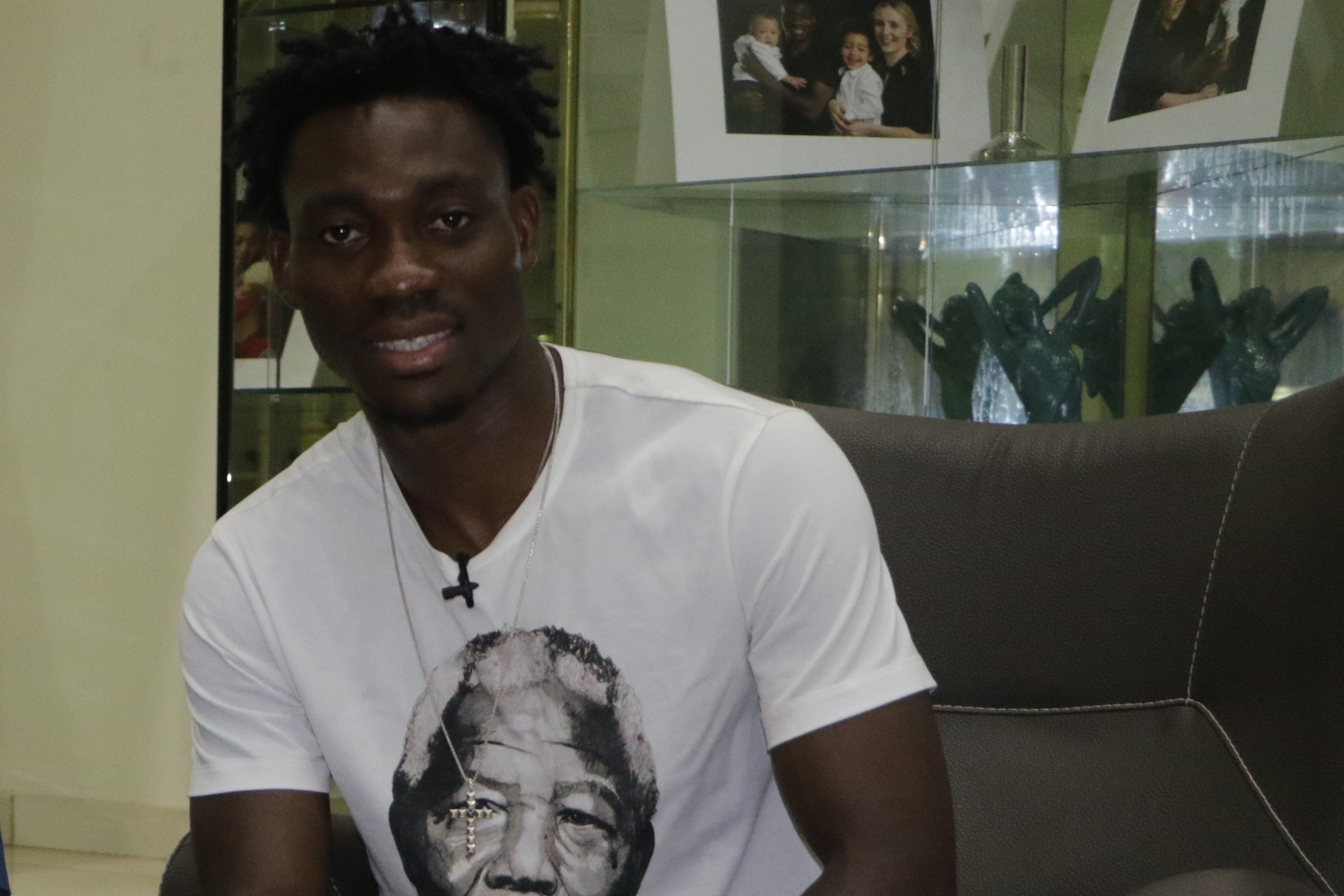 Speaking to Mr. Ibrahim Oppong Kwarteng, the executive Director of CCF, he said “most ex-convicts re-offend and go back to Prison because of stigma and lack of job opportunities. That’s why Crime Check Foundation in collaboration with Christian Atsu has come up with the CCF Reintegration Project which seeks to support ex-convicts with means of livelihood and Amo Mensah is one of the beneficiaries”.

Amo Mensah told crimecheckghana that, after coming out of Prison two weeks ago to hear his wife is married to another man, he had to spend the night on the streets with nothing to eat and no job as well.

Through the new initiative of proper reintegration of ex-convicts by Crime Check Foundation, Amo Mensah has been given five sacks of belts to sell for a living. “That is our contribution to reducing crime among ex-convicts in Ghana”, Mr. Kwarteng said.

The Executive Director stressed that his outfit in collaboration with the Newcastle midfielder, Christian Atsu will continue to see to the proper reintegration of ex-convicts, as a way of reducing the crime rate in the country.

42 year old Cynthia Owiredu Mensah is in torment from a tumor ulcer disease which has affected her lungs making...

35 year old Sheriffatu Abullayo had to beg doctors to take off the oxygen which was supporting her and be...

25 year old Latif Mohammed has been strangely paralyzed for the past seven years. His father struggles to get him...

35 year old widow Lardy Serbe is struggling to cater for her six children after her in-laws seized the property...

Crime Check Foundation, CCF through its donors has supported 30 year old Daniel Ameyaw to undergo surgery to remove a...